Mom (she always wanted to be blonde)

When I worked as a child and family therapist at a community mental health clinic all but one of my clients were women, parenting solo. I had a natural affinity for and understanding of these women, as I too grew up in a (oh, how I despise the term and all it evokes) “single parent” home.  Mom worked from the time I was four and I learned how to cook and take charge of  “parenting duties” before I was ten.  The women who found their way to me were mostly exhausted from working and raising children with little support, financially or otherwise. As is so often the case, children will naturally express the unspoken emotions in the household, and what I learned through the years working with women and kids is that underneath all the anger, hostility, and depression was a lot of grief and a sense of hopelessness.

I never worked with children without working with their mothers, and most often, worked exclusively with my women clients, seeing everyone together for a family session every few weeks. The grief and tears that often poured forth in our little corner of the world was a blessing for both of us, and deeply healing. I essentially created a protected space for feeling everything; most important was the freedom of speech, with no restrictions.  I asked questions that opened up the dark corners, the forbidden feelings; we resurrected memories ready to be brought into the light. Once they experienced this, the release and renewal that comes from genuine communication, free of judgement and rules, they (most, not all) started to value themselves, learn new relationship strategies, and thus provide this container for their children. The stress of low wages in a class driven culture were still there, but the load was lightened with these new resources intact.

I left the mental health field in the early 90’s.  I have a final memory of one of my adolescent clients held down in a psych unit with four point restraints and drugged into a stupor.  The story goes that he was being “defiant and oppositional” in school.  These were the early days when the scripted police presence in schools was in its startup. Danny was a good kid; a teenager going through teenage boy stuff, his mom working hard to keep things running in a house of three teenagers. But sometimes things and people go off the rails; all the suppressed feelings and energies can abruptly thrash and crash in unbounded irascibility. It is not an indication of illness but rather a gesture of healing, in my mind.  The shit often does (necessarily so) hit the fan.  And it did that day.  I asked the psychiatrist to hold off on the f-ing drugs. I recommended that we keep our treatment focus on working with his mother and the family therapy.  They were making good progress (learning how to communicate and be human) without the f-ing drugs.  I’ll never forget those beady eyes and his shiftiness; “You know, I am the doctor, and you are not. The drugs are what will make him behave as he is required.” As he is required. I’ll never forget those words.  I left the hospital; sat in a park, asked for guidance.

The insurance companies and Big Pharma joined forces around this time, putting pressure on our little community mental health center (and getting a foothold in all community mental health clinics) creating ever new and vicious categories of “mental illness”; hence the drug push was accelerated.  Then the little check list for ADHD came along and practically every kid who came through the doors, especially boys, were given that sham diagnoses. The rest is history.  Through a brilliantly manufactured marketing operation and psychological/social engineering agenda, so many parents  have been led to believe that ADHD is a brain disorder (which it is not) and childhood has (attempted) been hijacked by the villains and drug kingpins of the pseudoscience world of psychiatry and pharma.http://www.amazon.com/Disease-Called-Childhood-American-Epidemic/dp/1583335633/ref=tmm_hrd_title_0 The drugging, the pummeling and pushing of disease upon every facet of our society by Pharma is now an epidemic that has and continues to create great fractures in our humanity, in our children, and in relationships in general.  But I have hope because I know, most human beings have the capacity to want better for themselves, to heal, and to protect and defend that which and whom we love.  This I believe is what IS and WILL BE awakening within humanity in the Aquarian Age.  A collective uprising of Unstoppable Collective Power-of-for-and-by-the People! ( I still have some of that good old 60’s revolution fuel left in me-) 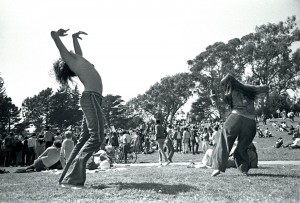