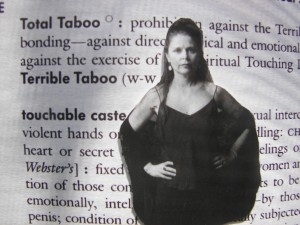 I’m all about seeing and feeling deep into things and people, including myself. I’m wired for hardcore truth seeking and truth speaking.  I’ve finally, after a few decades of peregrination and beating around the bush, settled on an identity; that thing or things I tell people about what I do, but most importantly, who “I Am.”

It took longer than the usual amount of time considered acceptable (in the testosteronic value system) to find the verbs because I had to go in search of them, and it was through the doing and the feelings that accompanied the doing that I was finally able to settle on my Verbs of Being. You see, for me, I just couldn’t take on the prescription identity of the dispensers of the shrink wrap: teacher, nurse, mail carrier, therapist, dog groomer, dental hygienist, doctor, lawyer, etc.  Those are fine nouns of  identity if that is who you are and what are here to do, but, try as I might, I couldn’t recoil my outrage and suck in my girth to fit into the pencil skirt or the scrubs. With all due respect to that dying system of misplaced value, I was in search of the Verbs that served the Nouns.  And I came to realize that I don’t think we really fully know what our Verbs are until much later in life, in spite of what the motivational speakers and career coaches will have you believe. It’s the journey that reveals the secrets.

So, here are my Verbs of Being with their cogent noun servants: I’m an intermedia story artist, an inflamed creative writer, a forensic feminist, a radical ambassador for critical thinking, and a renegade relationship activist who is a naturally gifted astrologer.  See, none of these options were available to me at the job fairs or in career counseling seminars and I couldn’t dislodge all that Scorpio obsession to find meaning and depth. So I followed the cycles of Venus and asked the Tarot. 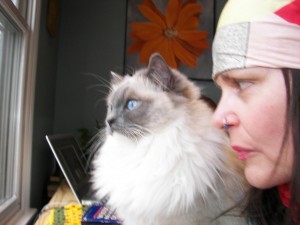 And, in case you may not know, to be a feminist (and activist, and artist in descending order) is a fairly despicable identity in our current socially engineered, psychologically manipulated “culture” (not to mention one’s own family) considered unfashionable at best and downright hated at worst. Be that as it is, that hostility hasn’t, in the wide arc of my life, curtailed my determination and obsession to embrace and live my destiny with boldness, sacred devotion, and most importantly, humor (and cats.)

In the rich expanse of the underworld (which is most often where the brilliant misfits such as myself spend our time as we’re often excluded from the guest list) I’ve done my detective work, investigated the crime scene, profiled the perpetrators, and am ready to emerge from the Persephonic descent to deliver my findings, give the diagnoses, and lay out the absolutely riveting analytics and antidotes to counteract the mass psychological operation of confusing nouns for verbs. That my friends, is all in a days work for a Tempestuous Forensic Feminist. 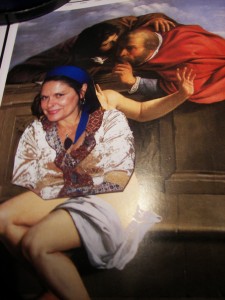